Cannabis Legalization in 2021: Outlook Not So Good…

As a kid I often turned to my Magic 8 Ball when I was looking for the answers to all major decisions and found its responses to be amusing, but not always that helpful. The same can be said for all the predictions I have heard over the years when it comes to when there will be federal legalization of cannabis – outlook not so good.

However, many are suggesting that under the Biden administration, signs point to yes, when it comes to legalization. To that swish of the 8 Ball, I would say our chances are better than ever, unfortunately that may not be good enough. Yes, Democrats control the House and are willing to bring cannabis legislation to the floor for a vote and with them having the majority, most likely any cannabis bill can make it out of the House and with bipartisan support. Yes, Democrats control the Senate, but just barely. Everyone is jumping for joy that Majority Leader Chuck Schumer (D-NY) been very vocal in his support of legalizing cannabis, but they seem to forget that when it all comes down to the actual vote count, he only counts for one and to get anything done nowadays you need – 60 votes.

Yes, Schumer has agreed to co-sponsor cannabis reform legislation with Sen. Cory Booker (D-NY) and Ron Wyden (D-OR), but does that legislation really have hope of making it out of the Senate? Let’s pretend that you can get all 50 Democrats on board (that’s being generous), next you are going to need 10 Republicans to go along with the vote. Are 10 Republicans going to step up and vote, yes? According to the Magic 8 Ball, my sources say no.

Perhaps we can find the yes votes, in the states where adult use cannabis has been legalized. Let’s look, Colorado, Washington, Oregon, California, Nevada, Michigan, Massachusetts, Illinois, New Jersey already align in the blue column of the Democrats, so no help there. Vermont is mixed with Sen. Patrick Leahy (D) and Sen. Bernie Sanders (I), but Sanders is already counted in the Dems column, so he’s already doing his part. Our next purple state is Maine, who has not had the greatest track record when it comes to support for cannabis and with the Republican vote being Senator Susan Collins, I wouldn’t expect her to do any favors for Schumer after he vigorously tried to unseat her in the last election. Next mixed state we have is Montana, with Sens. Jon Tester (D) and Steve Daines (R), again another state where they have barely embraced full use of cannabis. Daines has supported medical cannabis for veterans and he is also for states rights, but will he go as far as to vote yes on adult use, lets give him the benefit of the doubt and say yes so we can get at least one Republican in the yes column.

Next, we come to the states that are fully red, Alaska and South Dakota. I’m going to go out on a limb and says that Alaska’s Sens. Lisa Murkowski and Dan Sullivan, both Republicans, will vote yes on full legalization, because they are major supporters of states rights. If the bill can really send home the states rights issue, then it has a chance, now there’s two more votes for you. Lastly, there is South Dakota, Republican Sens. John Thune and Mike Rounds, neither have been supporters and neither is their governor, Kristi Noem, who is expected to be a player in the next presidential election, so I don’t see them breaking from her anytime soon.

So, with being generous on who may vote yes, we are only at 53 votes. Let’s look next at Republicans who are stepping down after this term, perhaps they want to go out with a bang. Sens. Richard Burr (R-NC), No, Rob Portman (R-OH), No, Richard Shelby (R-AL) Hell No, and Pat Toomey (R-PA), maybe. Toomey has been supportive about finding ways to vote for banking for cannabis and he was one of the few Republicans who broke with the party and voted to move forward with impeaching former President Donald Trump, so he’s willing ruffle a few feathers on his way out. Let’s make him a yes vote. Long story short, with some different approaches, and being very generous in who will vote yes on a full legalization bill, we are only at 54 votes.

Yes, some very influential people have begun to support cannabis, including Vice President Kamala Harris who was a co-sponsor of the MORE Act in the last Congress. But let’s not forget that the MORE Act only had eight cosponsors last Congress in the Senate and they were all Democrats. If cannabis legalization is going to happen during the Biden administration, they need to get moving quick and come up with legislation that will appeal to the other side of the aisle.

Magic 8 Ball, what do you think about the future for cannabis in the Senate? Outlook not so good. 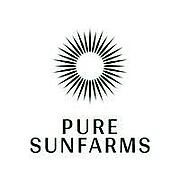