Top 8 Predictions for Cannabis 2021: More Cannabis Research Will be Done & Published in 2021

While some might say that the ability to launch new products is the “American Dream” and allows for innovation, others might argue that when you launch a “healthcare” product that consumers are going to be putting in their bodies, you should have all the research to prove that there is no harm.

At its core, cannabis is a health and wellness product. On average, it takes about 18 to 24 months to bring a new medical product to market. Typical product development lasts 12 to 18 months, with an additional three-to-six months for regulatory approval.

In the United States, it takes an average of 12 years for an experimental drug to travel from the laboratory to your medicine cabinet. That is, if it makes it, because only 5 in 5,000 drugs that enter preclinical testing progress to human testing. One of these 5 drugs that are tested in people is approved. The chance for a new drug to actually make it to market is thus only 1 in 5,000.

Now, coming back to cannabis, you can literally buy packaging on Alibaba (boxes, jars, vapes), create an extract in your garage (it’s a lab for this purpose), and put it on the market as long as you have a license.

To be clear we’re not advocating for the extended path (medical devices and drugs), nor are we pleased with the current abridged path (current cannabis industry). Keeping that into perspective, there are two fundamental research areas related to cannabis vaping that we’re going to see emerge in 2021.

Colorado has been the first state to implement emissions testing, i.e.: testing the aerosol that consumers are inhaling. We’ve covered this multiple times in the news, but the concentrate goes through a change of state in your vaping device and becomes an aerosol.

This also means the state change can create potentially toxic byproducts in the aerosol. Of course, if a consumer takes 5 puffs in 30 minutes, the potential resulting toxicity will be different than if a user takes 1 puff per day. But how do we evaluate that? Looking a little closer at how a consumer vapes, we quickly realize that the “intensity” of a puff and the “length” of a puff have a significant impact on the potential toxic aerosol inhaled. All these parameters are what we call a vaping profile, or standard vaping regimes. In the tobacco and/or nicotine vaping world, there are standard puffing and vaping regimes. As an example, the standard vaping regime for nicotine vaping is the CORESTA RECOMMENDED METHOD Nº 81 (CRM 81) developed in 2015. The standard conditions for the vaping regime are:

If you’ve ever used a cannabis vaping device, it’s evident that this is not doable, except for the hardcore users out there. The average user will probably be taking smaller volumes and spreading the use over more than 30 seconds, though their pull duration may be longer. While this standard vaping regime is useful to compare, in the same conditions, numerous parameters of the aerosol; it doesn’t really capture the average use case of a cannabis consumer.

The cannabis industry needs to define a standard vaping regime, and we at Blinc strongly believe this will be done in 2021 and provided to the various standards organizations and regulators to perform and fulfill emissions testing requirements.

Now, once we’ve identified the standard vaping regime and emissions testing can finally begin, the second biggest research area that the cannabis industry will be working on is the toxicology of terpenes and cannabinoids in various conditions.

There has already been some research done in the field but there still remains a lot to be done. What we’re really interested in looking at are the degradation product profiles of cannabinoids and terpenes as they haven’t been extensively investigated yet. As an example, when researching dabbing BHO, Portland State University researchers have identified the formation of methacrolein (from limonene, linalool and myrcene), benzene (from the limonene and the myrcene), and several other products of concern to human health.

It’s also important to understand the conditions of this degradation and the limits at which the degradants are formed. The main culprit here is the temperature at which the extracts are heated and become an aerosol. In the previous dabbing example, under 322 °C, methacrolein wasn’t formed. For reference, a mainstream 1.2 ohm cartridge, used with a UL8139 certified battery and a 5-second pull will never heat up over 200 °C. For more information on the optimal/ the safest known temperatures for your extract, please contact us.

As an industry, we need to provide good stewardship and should be allocating resources to make sure we fully understand the toxicology of cannabinoids and terpenes, as well as their degradation profiles. Blinc believes that in 2021, more research will allow policymakers to make more informed decisions about regulation and consumer safety for vaping products. 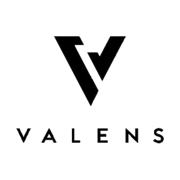 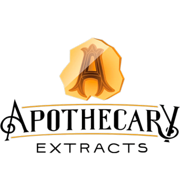